MAN IN FETTERS FOR THE LAST 18 YEARS.

An unfortunate man named Gurdeep alias Hira a resident of village Panniwala Ruldu of the district has been in chains and has been tied to his bed. According to his mother Harbans Kaur Hira remained normal till he passed his fifth standard but later on started suffering from mental depression and behaved like a Maniac.She said that his symptoms

started deteriorating after his father’s death when he was still in his teens and would start fighting with family members without any a reason. She said that though he has some short lucid interval when he demands Tea or “Biri” as he is a smoker.But reverts to the same maniac condition soon after. He was got examined by some psychiatrists at Sirsa and Bathinda who advised to keep him at home and put under restraints by keeping him in fetters to avoid some untoward incident. With great anguish she said that with a heavy heart on doctors’ advice they had to put him in chains. She lamented that his otherwise physically fit son could not lead a normal and fruitful life.

ALL KALANWALI STUDENTS OUT OF DANGER.

All the Kalanwali students who were admitted to local civil hospital yesterday after they developed symptoms like Nausea & vomiting after they were given Vitamin A are now out of danger, said Dr O.P.Hooda the Civil Surgeon. It may be recalled that the students of Govt. Girls Senoir Secendory Kalanwali (Sirsa) were taken ill after the administration of Vitamin A following which they were admitted to Kalanwali Civil Dispensary from where they were refer to Sirsa civil hospital after their condition further deteriorated. On getting information the whole Distt. Administration including Civil Surgeon and officials of the education department rush to Kalanwali to monitor and assist the Doctors attending on the ailing students. The ADC Pankaj Chaudhary who also accompanied later told that an inquiry will be held in to the whole episode to know the exact cause of the tradagy. How ever the expiry date on the Vitamin A vilas was mentitioned November 2010 And samples of the same have also be taken for Laboratory testing.

The Above is Follow up of NEWS story below:

SCHOOL GIRLS FALL ILL AFTER ADMINISTRATION OF VITAMIN ‘A’

ABOUT 150 STUDENTS of the Govt. Girls Senior Secondary School in Kalanwali town of the district today fell ill after the administration of vitamin A to them. According to reports a team of 2 doctors comprising Drs. Mamta and Gurjant Singh came to the School to administer the vitamin. The school principal Ms. Sukhmandar Kaur told that after the administration of the vitamin almost all the 152 students of class 6,7 and 8 felt nausea and then started vomiting and soon became unconscious. She told that immediately all of them were shifted to the Kalanwali Govt. hospital where the condition of 50 students was stated to be serious. On getting information the Deputy Commissioner CG. Rajinikanthan, ADC Pankaj Chaudhary accompanied by officials of the Education and Health Department rushed to the spot. ADC Ms. Pankaj Chaudhary told that before the administration of the medicine all the students were asked whether they were on empty stomach or not and when they told that they have taken their breakfast only then the medicine was administered. She told that the expiry date of the medicine administered was November 2010 adding that an enquiry would be held. Meanwhile the Drugs Inspector Rajnish has taken 2 samples of the medicine to laboratory testing. Till writing of the news the condition of 49 students who were referred to the local Civil Hospital was still serious. At the moment the Deputy Commissioner and the SP are in the Civil Hospital Sirsa to ensure that proper medical treatment was given to the students.

All Above Reports: DR O.P. BANSAL

Indian Students from Ellenabad Ganganagar region do well in NEWZEALAND- Report in Hindi by Yogesh Bhargava bieng published in verbatim below:

Senior advocate and Sr BJP Leader Jaimal Singh died in tragic road accident. The accident occurred while the advocate was heading towards the Distt Courts, on his two wheeler. His scooter was hit by a passing by car on Barnala Road. The car dweller took the injured advocate to hospital where he succumbed to his injuries. Jaimal Singh is survived by his wife four daughters and two sons. His funeral was held at Shiv Puri Sirsa, which was attended by large number of his advocate colleagues, political leaders and several prominent citizens of Sirsa. The Rania Bazar market remained closed for the day. 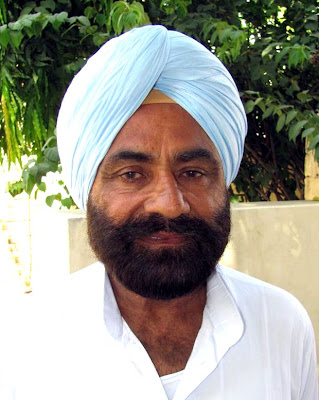 S. Malkiat Singh Khosa, a senior advocate from Village Mouju Khera of Ellenabad, has been elected the new president of the DCC (District Congress Committee). He replaces Hoshiari Lal Sharma, a long-time confidant of Chief Minister Bhupinder Singh Hooda, who was re-elected to the post last month.

Mr. Khosa is also General Secretary of Haryana Sikh Gurdwara Parbandhak Committee (Adhoc), a committee that has been demanding separate Sikh Body for the management of Sikh Gurdwaras in Haryana. The Congress Government had also put this demand of HSGPC as poll promise in its various election manifestos, but has been lingering on, in the keeping the promise so far.

Click Here to for Related NEWS, Pictures and Videos posted on www.SirsaNews.com earlier.

The party sources said unanimity on various posts of the Congress was reached at Tanwar’s meeting with senior leaders of the party in Delhi late last night.
Click here for another related link.
News Courtesy: The Tribune, with Inputs from GS Mann
Posted by GS Mann at 8:13 AM No comments:

The editor is on vacations; hence SirsaNews.com shall remain in a low key mode till 3rd week of September.

News in Brief till 25th August

The process of fresh elections for the block and district units of the Congress in Sirsa and Fatehabad districts begins tomorrow.

Though the election results for these two districts as well as Narwana were announced in July, these were later annulled by the party high command on the intervention of Sirsa MP Ashok Tanwar within 10 days of the announcement.

Tanwar was, reportedly unhappy over being sidelined in the elections and on his complaint, AICC general secretary Oscar Fernandes had ordered fresh elections.

Sirsa city police last night unearthed a factory manufacturing fake and substandard pressure cookers in village Ramnagaria near here with the arrest of 3 persons. The police also recovered hundreds of spurious and sub-standard pressure cookers along with thousands of stickers, cartons and wrappers of various popular brands like Bajaj, Hilton and cello etc from their factory. The arrested persons have been identified as Gagan son of Ramesh Kumar, Ajay Sharma son of Sheeshpal and Harish son of Darbarilal all residents of Sirsa. According to SI. Ram kumar SHO Sabzi Mandi police Chowki, Ramesh dutt Director of the Bajaj Electicals Chandigarh had filed a complaint that the said accused were busy making and selling fake and substandard pressure cookers of his company. He said that a police party raided the premises and nabbed the accused along with the illegal material and booked them under section 420 of the IPC and sections 63 and 65 of the Copyright Act.

The Sirsa city police today claimed to have unearthed a brothel running in the local Kirtinagar Mohalla after resting two persons namely Manju Rani & Dara Singh residents of Village Chhatargarh & village Vaidwala respectively. According to SHO Moji ram after getting a tip off that a brothel was running in the house of one Ms

Sanju in the Kirtinagar Mohalla, a police team led by Balbir Singh sub inspector was constituted and a decoy customer was sent and on rading the permisses both the accused were nabbed and booked under sections 3,4,5 and 6 of Immoral Traffic Act. However the brothel owner manage to dodge the police and escaped.

Ms. Kusum lata chaudhary who contested Ellenabad by election in Sirsa as Samast Bharti Party Candidate and was defeated by Abhay Singh Chautala has given an ultimatum that if the district Sirsa Administration fails to take suitable action against those political bigwigs who abetted a physical assault on her on dated 17 january, 2010 at Ellenabad, she along with many women activist would stage protest dharna in front of Haryana Assembly house when the next assembly session start. While addressing Media persons here today she stated that on 17 january 2010 at about 5:30 pm when a meeting of INLD party was going on and its supremo O.P. Chautala, its president Ashok Arora , then MP Trilochan Singh and Suresh Mittal etc. were sitting on the dais, some INLD workers at the behest of the persons mentioned above physically assaulted her, hurled filthy abuses and also threatened to rape and kill her. She said that she filed a complaint against all the above mentioned & some other unknown persons with the Ellenabad police in this connection which registered an FIR under section 323, 394, 148, 149, 114, 509, 506 and 188 of the IPC against all the accused on the same date.

She said that even after about 8 months of the FIR no action has been taken against the accused despite her repeated meetings with the top local police cops, Haryana Chief Minister B.S.Hooda, Haryana State Home Minister Mr Gopal Kanda. She alleged that a progressive state Haryana where the government claims to safeguard and protect the women has done nothing what so ever to save a woman from assaults.

TWO TEACHERS BOOKED FOR BEATING UP A CLASS X STUDENT

The Sadar Police today registered a criminal case under section 323 and 506 of the IPC against two teachers named Mr. Mahesh a Music Teacher and Mr Bishamber the Vice-Principal of the Local Arorvansh International School on the basis of a complaint filed by Madan Bajaj for allegedly brutally thrashing his nephew Sagar Bajaj a Student of
class X on Tuesday.The SHO Sadar Police station told that the complainant alleged that Both the teachers barbarously assaulted his nephew which resulted in very serious complications that the victim became unconscious and had to be hospitalized. The police after registering the case have started investigations. On the other hand both the accused teachers and school principal Mrs. Nitu Madaan refuted all the charges adding that the student was quite normal when he left in the school bus after school hours yesterday. She further said that she has received no complaint either from the student or from his parents/ guardians till today, however some threatening telephone calls have received both the teachers. She added that as soon as we get a complaint we shall order an inquiry and punish the guilty.
Above Report: DR O.P. BANSAL
Posted by GS Mann at 11:21 AM No comments: