Police High handedness, drag girl by hair in Sirsa
SIRSA NEWS ( www.SirsaNews.com )
19 June, 2014
Pictures and Videos: Amar Singh Jyani, GS Mann, Background Music: Murari Verma.
An 18-year-old girl was allegedly thrashed and dragged by hair by two policemen, who had gone to her house in a hamlet near Jeewan Nagar to arrest her father yesterday.
The victim is undergoing treatment at the Sirsa General Hospital for the injuries sustained in the alleged police brutality.
The police, however, denied allegations. They maintained that the girl had been enacting a drama to save her father, who is wanted in a case of encroachment of property.
“Two policemen came to our house on a motorcycle around 6 pm yesterday. I was alone and they asked the whereabouts of my father. I told them I had no idea where my father had gone. They called up the SHO and later asked me to accompany them to the police station. When I refused, they thrashed and dragged me by my hair,” the victim alleged.
She said she cried in pain but the policemen did not relent. They dragged her till she became unconscious due to pain and fear.
The victim has got her medico legal report and will approach the authorities against the police highhandedness.
Dalip Singh, SHO, Rania police station, however, said the allegations were false and it was attempt to save her father, Gurmej Singh.
Police ‘brutality’
Two policemen came to arrest the victim’s father, who is wanted in a property encroachment case The girl was alone at home and the cops asked her to accompany them to the police station When she denied, they thrashed and dragged her by hair till she became unconscious


NEWS Courtesy: The Tribune and Sushil Manav
Posted by GS Mann at 6:43 PM No comments:

Morning Showers bring much needed respite from scorching heat.
SIRSA NEWS ( www.SirsaNews.com )
13 June, 2014
Pictures and Videos: Amar Singh Jyani, GS Mann, Background Music: Murari Verma.
Watch Video: Early morning Rain of 13th June 2014 brings much needed respite from Scorching Heat in Sirsa and Surroundings, the showers dipped mercury, which almost touched 48'C in recent days. This rain will benefit both Plant and Animal Life and will also put off some load from Power Supply Systems.
Note: if you have a high speed Internet connection, then you may Change Quality to 360p/480p or higher for better quality Video. (From Quality Gear Icon on right hand bottom corner of Video Window) 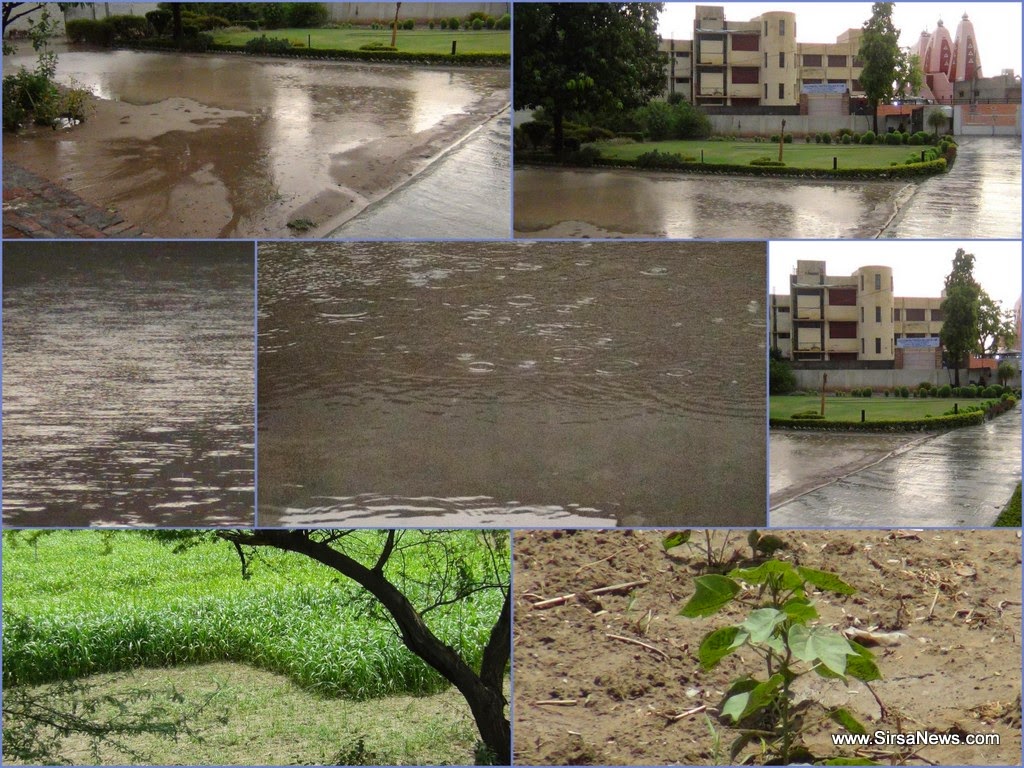 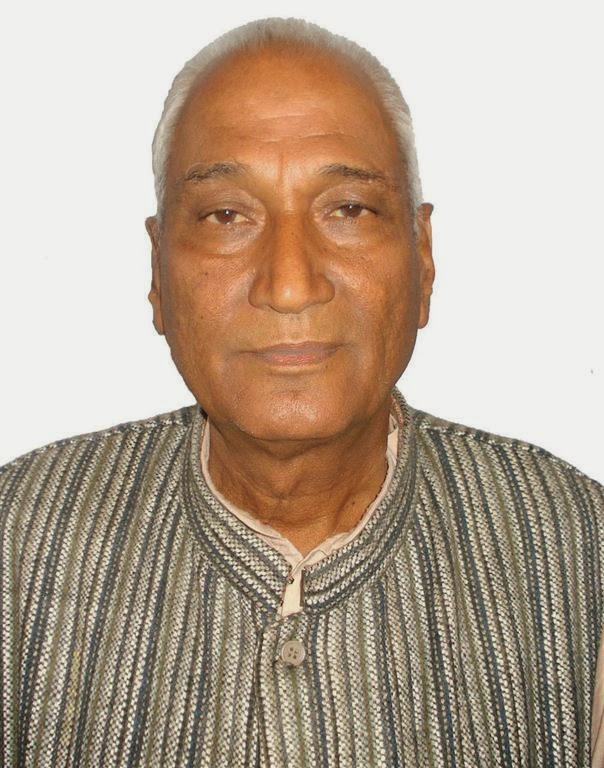 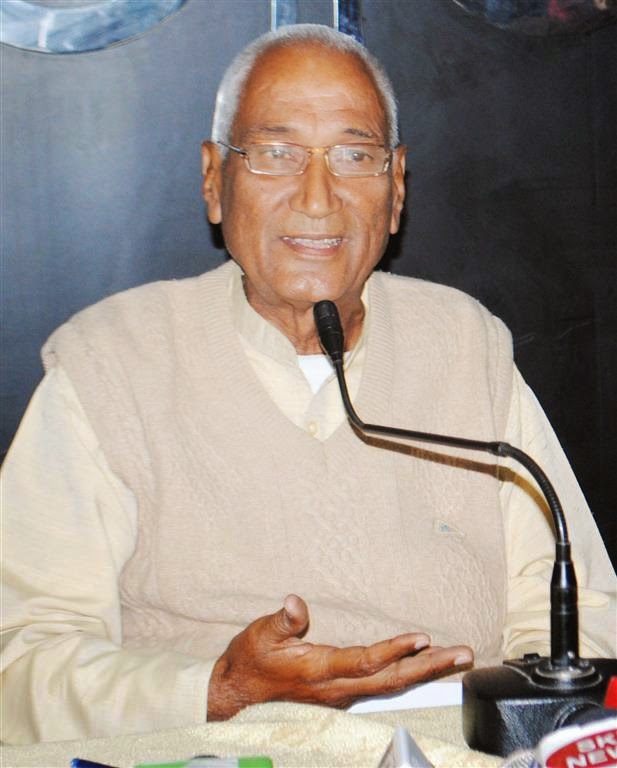 Ch Partap Singh Chautala, aged about 75, younger brother of INLD supremo Om Parkash Chautala, is survived by two sons and two daughters and grandchildren. He was elder to Ch Ranjit Singh.
His cremation will take place tomorrow afternoon at his native village. 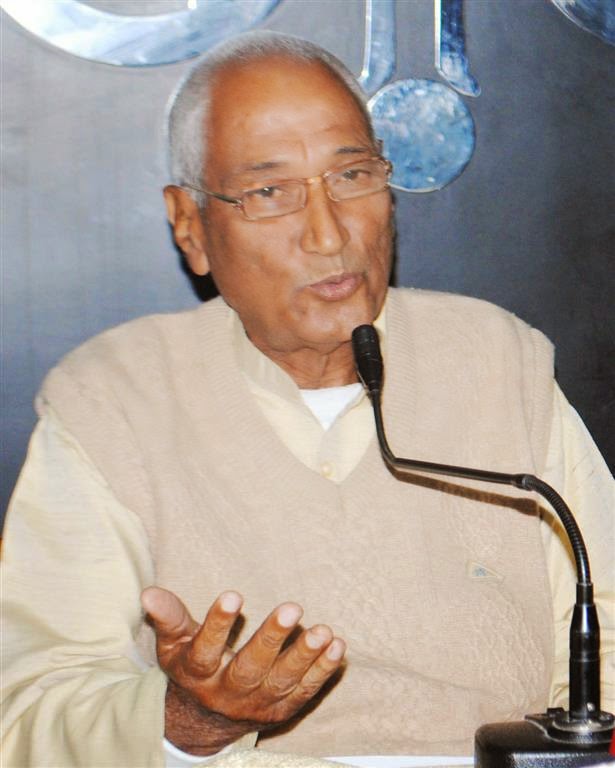 Partap Singh Chautala was elected from Ellenabad assembly constituency in 1967. He was also chairman of Haryana Small Scale Industries and Export Corporation from 1987 to 1991. He remained in political NEWS all through his life though he became MLA only once, common people known to him considered him an intellectual in the Chautala clan. He switched parties many a times, but stood by Ch Om Parkash Chautala since Sh Chautala was sentenced in the Teachers Recruitment Scam in January 2013.


He was famous for his memory of historical political events, facts and figures. He was mild mannered and always greeted with a big smile.
Posted by GS Mann at 6:57 PM No comments: