People had not settled yet with the heavy rain pour of the 9th July and another rain yesterday only about 1/3rd of mm that poured on 9th & 10th July.
You may just visit the earlier post http://sirsanews.blogspot.com/2006/07/first-monsoon-rain-brings-cheers-and.html to see the Sirsa roads and houses flooded with water, only men and their machines may be different, water logging is same.
This time amount of rain at Sirsa was reported to be only about 31mm compared to 115mm of last rain but there was no dilution in troubles of people. During the last rain the district administration had simply blamed extraordinary rainfall as the cause of failure.
This rain is also reported to be more wide spread helping many a farmers, at the same time submerging cotton crop in water in many villages. Ellenabad city was also badly affected by heavy rain
Posted by GS Mann at 10:17 AM No comments:

[No Picture of the New VC available yet]

To read about the efforts of Shiksha Bachao Abhiyaan etc. please visit the June and other archives of SirsaNews.com or at See Pictures & Read about efforts of Siksha Bachao Abhiyaan at:
http://sirsanews.blogspot.com/2006/06/shiksha-bachao-abhiyaan-cdlu.html
&
http://sirsanews.blogspot.com/2006/04/governor-ar-kidwai-visits-sirsa.html
Posted by GS Mann at 8:22 PM 2 comments:

The much-hyped Bhajan Sandhya at Tarakeshwar Dham (TARA BABA Kutiya) at village Ram Nagaria on the immediate outskirts on South of Sirsa, had to be terminated prematurely due to absolute mismanagement on part of the organizers as well as administration.
More Details ………..soon
Posted by GS Mann at 8:04 PM No comments: 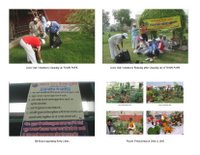 [All Photos can be clicked to view-enlarged version, rest of the picture posts pending]
Lions Club Supreme Sirsa organized a cleanliness awareness drive at Tau DeviLal Town Park Sirsa under the directions of its newly installed president Mr. Arun Maheshwari. The club members Secretary, Narender Khurana, PRO Rakesh Goyal, Krishan Wadhwa, Hoshiar Chand Sharma, Ashok Mehta, Dinesh Chaudhary, Yogesh Bagri, Ravinder Khurana, Bhim Bhatti, Mahesh Sharma etc. assembled at the town park and collected all the garbage littered all over the park premises. The club also installed a billboard urging citizens to keep the Park clean. Mr. Maheshwari told Sirsa News, that participation of citizens to maintain and upkeep of this park and other such public places is call of the time, only then the administration can be hauled up to perform its duties. The club shall identify other such public places being ignored by HUDA and shall conduct such drives there also.

HUDA had been regularly holding, Annual Flower Show in the month of March every-year at the Town Park, from this year(2006), HUDA discontinued even this healthy practice that attracted people, flower lovers to the park to witness the show as well resulted in maintenance of the the Town Parks. The Show inspired people to grow flowers and ornamentals at their homes as well as there used to be many competitions in this show.

Pictures of admission process for Diploma in Engineering trades at Ch. Devi Lal Polytechnic on the campus of JCD Vidya Peeth Sirsa on the second day

Deputy Commissioner Mr. V. Umashankar informed about the above prizes given by Govt of India to promote individuals as well as institution working for the welfare of children. He said that the individuals and institutes can apply for these prizes along with details of their achievements before 10th August, 2006, along with recommendation of the DC, and send the same to the Director, Department of Women & Child Welfare SCO 360-61, Sec 34-A Chandigarh. More details can be held from office of the Child Dev. Project Officer SIRSA. 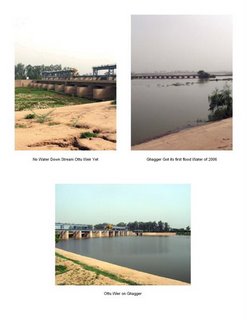 [All Photos can be mouse clicked to view-enlarged version] 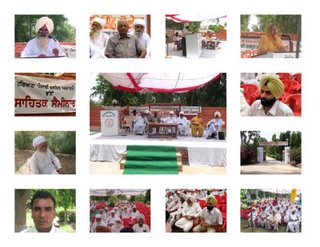 Ottu
Ghagger River
Ghagger River gets its long awaited rain floodwater from the rains that happened in its catchments area in Chandigarh, Patiala, Ambala region of the season last night. Ghagger is considered to be lifeline of the fertile Naali belt that is rice basket of Sirsa District, although the amount of the water was inadequate to be discharged into the river downstream yet.

[See Pictures of Both Sides of Ottu Wier on top] 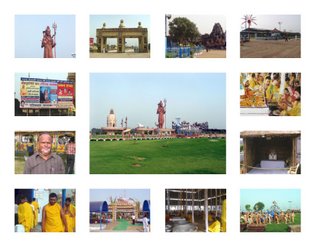 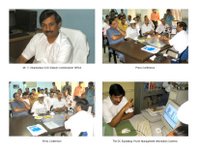 [All Photos can be clicked to view-enlarged version] >>

The new Deputy Commissioner of Sirsa Mr. V. Umashankar held his first formal press conference at the mini secretariat DC office today. After formal introduction with the press and media persons from Sirsa, the deputy commissioner said “Let's discuss some serious business now” Mr. Umashankar discussed the problems faced by the city Sirsa at length especially the water logging in the city after monsoon’s first downpour which was 115 mm, a rather heavy rain for city of Sirsa which gets scanty rainfall. He admitted that administrations as well as people of Sirsa were not really prepared for this kind of heavy downpour, however he said that by and large this rain had been useful especially to the drought hit farm sector. He said that a master plan to siphon out rain water shall be impemented soon. Rain Water Recharging systems are also being looked into.
On a question asked about accountability of officers the DC said that before holding anyone accountable, 3 parameters are necessary to be looked into, 1) Information, 2) Monitoring and assessment 3) Enforcement. Enabling & exercising of RTI (over some period) shall automatically lead to accountability.

Regarding the flyover on the railway on the national highway he said the state Government has cleared the project and that recently in a video conferencing session at Hisar, the chief secretary told him that the bridge should be constructed in near future may be by year 2007, for this the State Govt. is pursuing the matter with Ministry of Surface Transport and National Highways Authority of India (NHAI).

About erratic power supply he explained at length the problems and said that suggestions are invited about a system like SMS info service, (free or on subscription only) via which people may be informed about a possible power cut. Already it’s being informed via cable TV. A mobile van for fault repairs is already pressed into service; the same can be reached via mobile number 9812215205 by anyone facing difficulty regarding power supply.

A Delegation of farmers getting irrigation from Southern Ghagger Canal (SGC) led by Mr. Jaswant Singh Josh, president ‘Lokpanchayat’ (Reg.) and Kuldeep Singh Kariwala etc. met the DC for de-silting of SG Canal before the arrival of flood in Ghaggar River, so that they might get maximum benefit of irrigation from mineral rich flood waters.
Posted by GS Mann at 11:57 PM No comments: 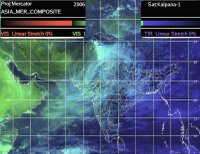 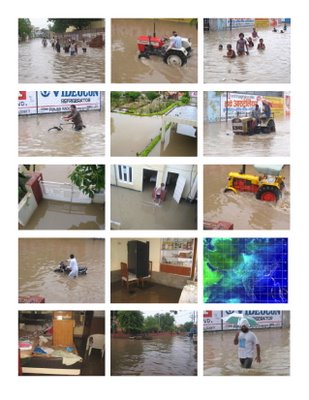 See Pictures that speak about water and woes!
Posted by GS Mann at 11:22 PM No comments:

In view of this many of the pending posts at Sirsa News shall also remain pending for a while.

The CM Haryana announcement today that every village Dhaani would be provided electricity seems to be a cruel joke. When the DHBVNL is unable to supply power to Haryana’s major cities even during the night, from where the CM shall outsource the Power?
Posted by GS Mann at 8:15 PM No comments: 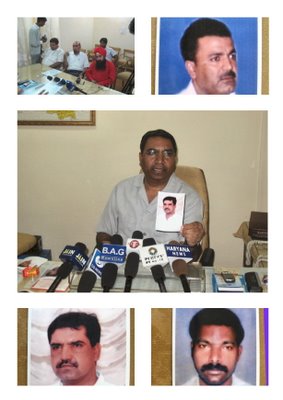 Mr. Sultan Singh also informed that the case of naked photography of a woman of Vill. Rohiraanwali has also been probed. The accusations of the woman and her husband on another woman of same village are false, in fact both these women were friends and were involved in some kind of sex racket, and when at on stage they had dispute about sharing of cash earned, one of the two accused the other of her being photographed in nude after administering her some intoxicant in tea.
Posted by GS Mann at 7:13 PM No comments: 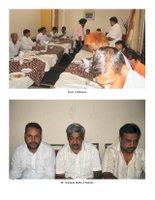 Mr. Ved Parkash Goyal, has been booked under sections 148/149/323/324/452/506 in FIR no. 484 at the city Police Station lodged by Mr. Subhash Bansal. The complainants informed by holding a press conference at Jai Vilas Hotel. The complainants said that Ved Goyal his son Mr. Ganesh along with his employees who acted as hooligans on the directions of Mr. Goyal attacked on his life and property, Mr. Bansal informed the press that at that time Mr. Ved was carrying a pistol while Mr. Ganesh was holding a knife in his hand. Before that 3 of his employees tried to forcibly cut of the cable connection to their home when only Mrs. Ritu Bansal was at home and there was no other male member at home. These employees also talked in unparliamentarily language to the lady. This all was aftermath of arguments that happened night before over non-telecast of ESPN channel on the cable. ESPN channel was telecasting live Football (FIFA) matches that night. The complainants alleged that City Cable was showing an obscene film instead of the ESPN channel.

On the other hand Mr. Ved Goyal said that the he is being falsely implicated in this case.
Posted by GS Mann at 7:10 PM No comments: 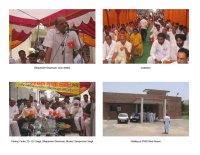