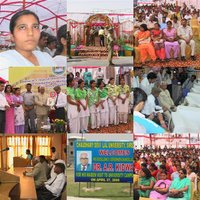 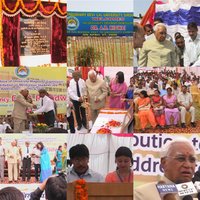 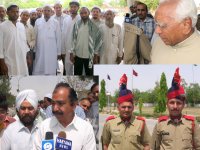 There after the Governor addressed the students, gave away prizes to 28 meritorious students from different educational streams. He also released the first issue of University Souvenir, “Expressions”. Mr. Kidwai stressed upon quality education. He informed that Haryana stands first nationwide at 8.6% economic growth rate this even exceeded the national figure of 8% economic growth rate. 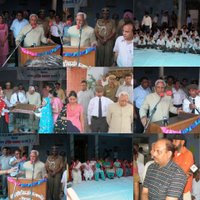 Later while addressing the faculty members in the conference room, the Governor assured that a new resident Vice Chancellor shall be appointed to CDLU before the coming academic session, and he shall see that the university runs smoothly now onwards. He praised that Mr. Fulia had been performing his extra duties as acting Vice Chancellor of CDLU very competently.

A memorandum by members of Muslim Welfare Society was given to the Governor, demanding the removal of unauthorized encroachment on the land demarcated as burial ground for Muslims.

Mr. Jagdish Chopra, leading a delegation also presented a memorandum regarding chaos being faced by CDLU to the Governor.
Posted by GS Mann at 6:36 AM