Week long STC on Cyber Security Measures by NITTTR Chandigarh Inaugurated at JCDV
SIRSA NEWS ( www.SirsaNews.com )
26 March, 2014
Pictures and Videos: Amar Singh Jyani, GS Mann, Background Music: Murari Verma.
A week long short term course (STC) on ‘Cyber Security Measures’ to be run via Video Conferencing was inaugurated at JCDV Polytechnic and JCDM College of Engineering (JCDM-COE) was Inaugurated on 24th March 2014. The STC is being imparted by premier institute National Institute of Technical Teachers Training & Research (NITTR) Chandigarh and shall be available to several participating Engineering and Technical institutes in the north region. Dr Poonia delivered the keynote address from NITTR Chandigarh, while in Sirsa the formal Inauguration was done by GS Mann Advocate and Ex. President of Electronic Media Association at JCDV Polytechnic and by Dr Kuldeep Singh of JCDV College of Management at JCDM COE.
Principals Dr RS Brar and Dr Gurcharn Das, introduced the chief guests GS Mann and Dr Kuldeep Singh to the students, before the web Inauguration from NITTTR Chandigarh. Dr Kuldeep Singh said that Cyber Security measures are also a kind of management exercise to be in control of your cyber accounts. GS Mann also briefed about the importance of Cyber Security world over, and provisions in Indian Law as of now.
There after the audience got involved in the gripping interactive webinar session from NITTTR Chandigarh.
The STC is being held from 24th March to 28th March, 2014. This is conducting through Video Conferencing and sponsored by NITTTR, Chandigarh. Its main target is to enhance technical skills. Er. R.S. Brar, Principal of JCD Polytechnic and coordinator of this program,  Er. Chamanpreet Arora, sub-coordinator of this program gave the brief introduction about Cyber Security Measures.
Sh. G.S. Mann addressing the audience that cyber crime is very sensitive matter for us these days. We should be very careful about it and use best method of security to prevent our information.

You may Click on Hyper Link NITTTR to know about it.
Posted by GS Mann at 9:10 PM No comments:


With the countdown on polling date nearing, the 1st week of April is expected to witness high profile campaigns in this border district of Haryana which is bound by Punjab and Rajasthan. Because Haryana Pradesh Congress Committee President Dr Ashok Tanwar is LS candidate from Sirsa, his opponents will throw all weight behind their respective candidates to topple Tanwar who is trying his luck for the 2nd time from Sirsa Lok Sabha. Already BJP-HJC alliance has indicated that BJP Prime Ministerial candidate Sh. Narender Modi may be addressing a public meeting in Sirsa, probably on 7th April.

Shiromani Akali Dal (SAD) leader S. Sukhbir Badal, Deputy CM Punjab is also rumoured to be addressing several Election Meetings in support of INLD candidate Charanjit Singh Rori. Interestingly in Punjab, SAD has an alliance with BJP, but in Haryana Sukhbir will be canvassing in favour of INLD, Local BJP leaders are mum over this.

If Modi arrives in Sirsa, he may affect voters in Rajasthan and Punjab close to Sirsa in favour of BJP, as it is common practice that a large number of supporters from these two states also attend Public meetings of their parties whenever they are held in Sirsa.
Posted by GS Mann at 10:06 AM No comments: 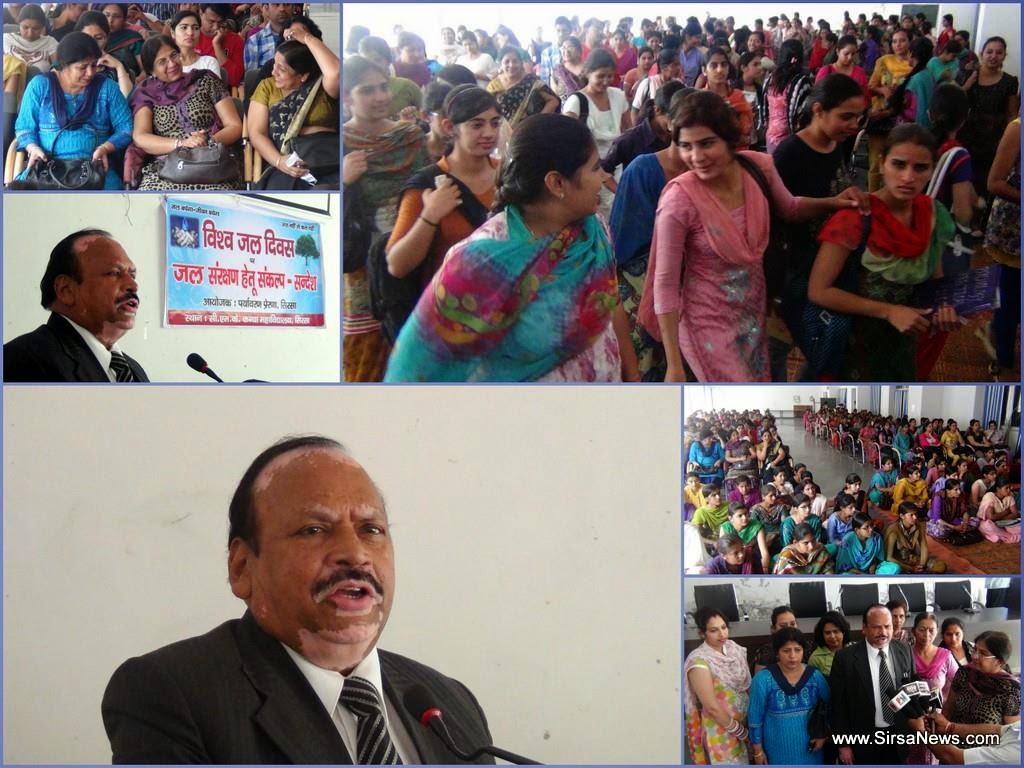 
Note: if you have a high speed Internet connection, then you may Change Quality to 360p/480p or higher for better quality Video. (From Quality Gear Icon on right hand bottom corner of Video Window)


Note: if you have a high speed Internet connection, then you may Change Quality to 360p/480p or higher for better quality Video. (From Quality Gear Icon on right hand bottom corner of Video Window)
Posted by GS Mann at 10:07 PM No comments: 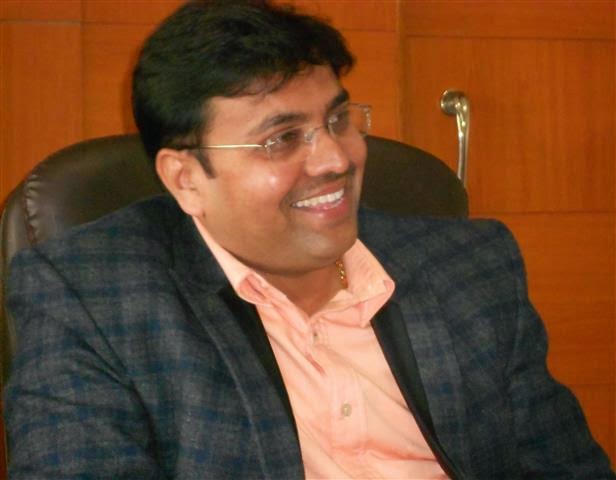 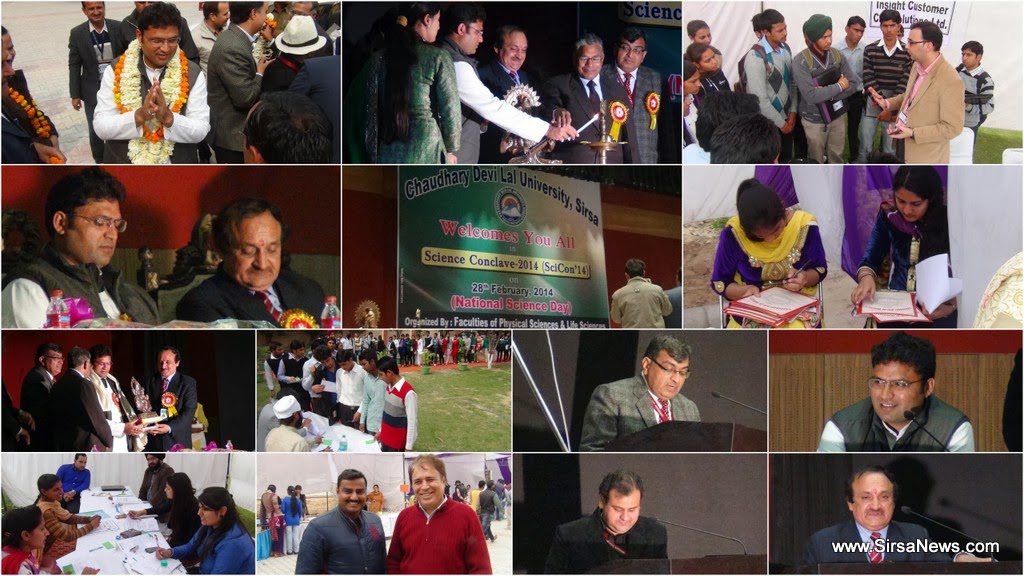 
Note: if you have a high speed Internet connection, then you may Change Quality to 360p/480p or higher for better quality Video. (From Quality Gear Icon on right hand bottom corner of Video Window)
Posted by GS Mann at 12:54 AM No comments: 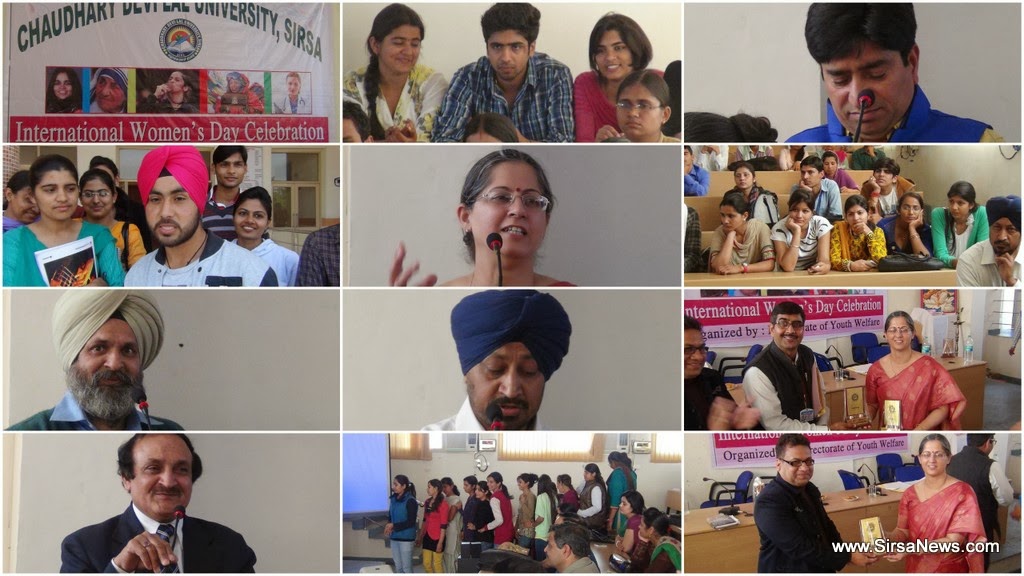 
Note: if you have a high speed Internet connection, then you may Change Quality to 360p/480p or higher for better quality Video. (From Quality Gear Icon on right hand bottom corner of Video Window)
Posted by GS Mann at 5:41 AM No comments: 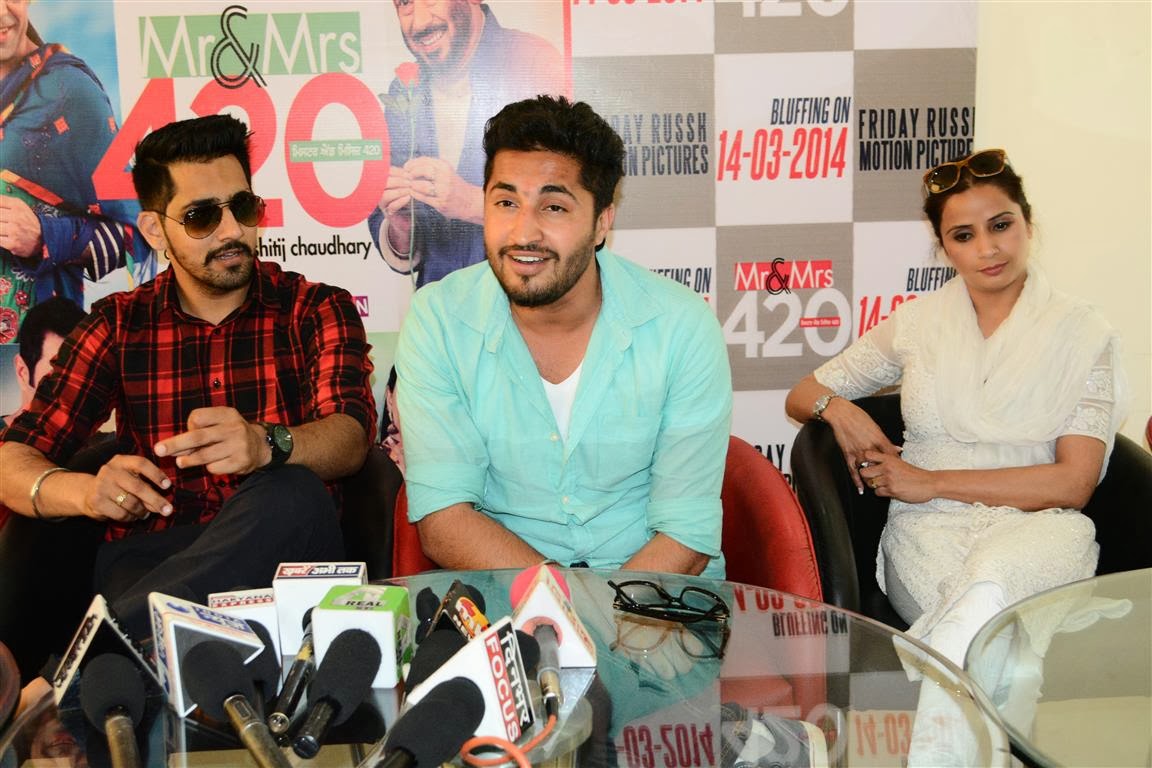 
Note: if you have a high speed Internet connection, then you may Change Quality to 360p/480p or higher for better quality Video. (From Quality Gear Icon on right hand bottom corner of Video Window)
The Story Line 'Four boys popular for their failure stories from a remote village, one fine day move to a city to achieve their dreams' They make every possible effort to escape from their problems but end up inviting unavoidable troubles for themselves, giving many instances to viewers to Laugh out loud without a single break' This is the concept of the upcoming Punjabi film, Mr. & Mrs. 420, which is releasing on March 14.
But unlike other Punjabi films, 'Mr. & Mrs. 420' will be hitting the screens with a unique concept. ,For the first time in Pollywood, the viewers will see male star casts playing female roles to bluff people and I can assure that everyone who will watch the film will leave the theatre asking for more, said Rupaali Gupta, the producer of the film' she also added, 'since it is my first step in the industry, I have not compromised on the quality' I wanted the best, I got the best and I am hoping that l'm deliverins the best to the punjabi movie lovers.'


Yuvraj Hans' Jassi Gill, Babbal Rai, Binu Dhillon, swati Kapoor, Avantika Hundal and Shruti Sodhi are the main star casts of the film' After etching their names in the music industry, both Jassi and Babbal have stepped in for acting this time' Also will be seen is the ace comedian Jaswinder Bhalla.
Posted by GS Mann at 6:58 PM No comments:

HSGPC Suspends Dharna, will boycott Congress- Jhinda
SIRSA NEWS ( www.SirsaNews.com )
07 March, 2014
Pictures and Videos: Amar Singh Jyani, GS Mann, Background Music: Murari Verma.
With the enforcement of Model Code of Conduct by Election Commission of India in pretext of 16th Lok Sabha elections, the hopes of a separate Gurdwara Parbandhak committee for Haryana have gone low, as now Haryana cannot announce any such formations.
The Haryana Sikh Gurdwara Prabandhak Committee (HSGPC) today resolved to boycott the Congress in the upcoming parliamentary elections, accusing the party of befooling the Sikhs in the state for the past 10 years in the name of separate Gurdwara Committee.
The HSGPC has also temporarily postponed its agitation and lifted its dharna outside state Congress president Ashok Tanwar’s residence till the elections are over.
“The 11-member committee of the HSGPC will take a decision on which party to support in a few days time.” said HSGPC president Jagdish Singh Jhinda.


“As the model code of conduct for the poll has already come into play and there can be no decision on their demand for a separate SGPC for Haryana, our members have decided to lift the dharna till the completion of the poll process,” he said.
The decisions were taken in presence of large number of gathering of Sikhs on 6th March at 'Dharna' site opposite Dr Ashok Tanwar's Sirsa residence.

A series of Video Footage and several pictures of the events during the 'Dharna' days is in stock of www.SirsaNews.com the same shall be posted under this post.
Posted by GS Mann at 8:17 PM No comments: