Sirsa Media Associations Welcome announcement of Haryana Media Policy
30 December 2006
Sirsa (SIRSA NEWS)
Various media associations and media persons of Sirsa, welcomed the media policy announced by Haryana CM suo moto. Although the copies of media policy are not yet in the hands of Sirsa Media even then expressing faith in the CM almost all the associations, editors, photojournalists & journalists expressively welcomed the announcement.

SirsaNews shall post the text of Media Policy as soon as it is available.
Some of the reported highlights of the Policy are:
Haryana yesterday became the first state in the country when the Chief Minister, Mr Bhupinder Singh Hooda, announced a media policy.
The highlights of the media policy are the creation of a "Patrakar Kalyan Kosh" with Rs 50 lakh as the state government's contribution, allotment of plots by the Haryana Urban Development Authority (HUDA) for group housing societies of journalists, enhancement of insurance cover from Rs 1 lakh to Rs 2.5 lakh and liberal accreditation policy for those working on contractual basis and representatives of the electronic media.
He said in view of the changing media scenario, those working on contractual basis would also be eligible for accreditation. For the first time, representatives of evening newspapers and weekly newspapers being published from Haryana would also get accreditation. He said as per the new rules, three correspondents and two photographers from a newspaper would get accreditation at the state headquarters. At the district headquarters, two correspondents and one photographer would be granted accreditation, whereas earlier only one correspondent used to be given accreditation at the district headquarters.
He said in Delhi, now two representatives of a newspaper or agency would be given accreditation and one of them might be a photographer. Earlier, there was no policy of granting accreditation in the national Capital.
Mr Hooda said for the first time the representatives of electronic media would be given accreditation at the district headquarters and Delhi. It has also been decided to do away with the system of police verification for granting accreditation to a journalist.
The limit of free-travel facility in Haryana Roadways buses for accredited journalists would be increased from 2500 km to 4000 km per year and in case of desk journalists it would be 2500 km per year instead of 1500 km earlier.
He said more awards named after prominent journalists like Babu Balmukund Gupt would be instituted to encourage journalists.
Posted by GS Mann at 7:46 PM No comments:

Sirsa (SIRSA NEWS)
At least seven persons were killed while more than a dozen persons sustained injuries in a head-on bus-truck collision on the Sunam-Bhawanigarh road near Sajuma village, about 12 km from here, this morning.

Five persons were killed on the spot while two are reported to have succumbed to their injuries in hospitals at Patiala & Sunam.

Few of the injured are under treatment at the Rajindra Hospital and others at the Primary Health Centre, Bhawanigarh. The PRTC bus of the Budhlada Depot was on its way to Chandigarh from SIRSA while the truck was heading to Sunam from Patiala when the mishap took place at around 7.30 am.

Teachers and Staff of the St. Xavier’s School, Sirsa, were going to Chandigarh for a tour to Shimla, and were travelling in the ill fated bus.

The names of the deceased are Father Alex Desouza (32), assistant principal; Ms. Swella Fernades (24), a teacher; Mr. Mohit (16), a student of B. Com, his father works in State Bank Of India Sirsa branch, and his mother works in LIC; Makhan Singh, driver of the bus; Mr. Shiv Dayal, driver of the truck; Mr. Sukhdev Singh of Sadhuwala village near Sardulgrah (Distt. Mansa); and Mr. Ashok Kumar of Rajpura.

Among the injured from Sirsa are Syle Fernades, Sandra Fernades and Joseph, who are teaching at the St. Xavier’s School Sirsa. Lately the St. Xaviers teachers have been brought to Hisar for further treatment & orthopedic surgery. One Mr. Vinod Sharma of Sirsa is also stated to have sustained injuries.

Bodies of Fr. Desouza and Ms. Fernades were taken to Goa for burial.

The postmortem examination of the deceased, except Mohit, was conducted at the local Civil Hospital.

One of the eyewitnesses & survivor Mr. Aman Sidhu of Sirsa traveling in the ill-fated said that his life was saved miraculously as even minutes before the mishap he was sitting in the front row and got up and moved towards the rear and was almost in the middle of the bus when the mishap occurred.

A grant of Rs 50,000 each was announced for dependants of the deceased from the chief minister’s relief fund.

The district Red Cross Society would bear expenses for the treatment of the injured.

The PRTC would pay Rs 50,000 each as grant to dependants of the deceased.
Posted by GS Mann at 6:18 PM No comments: 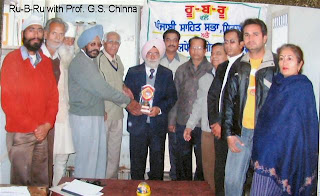 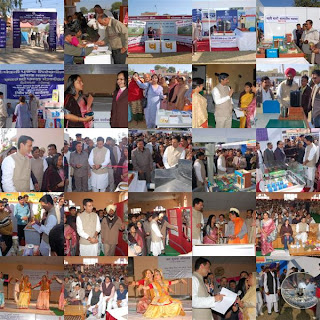 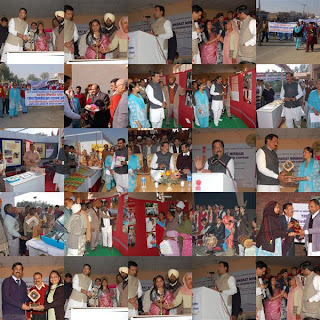 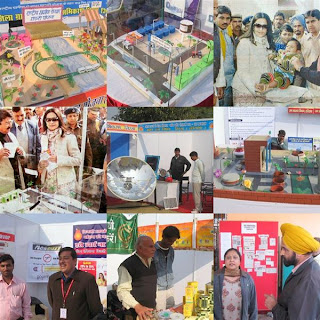 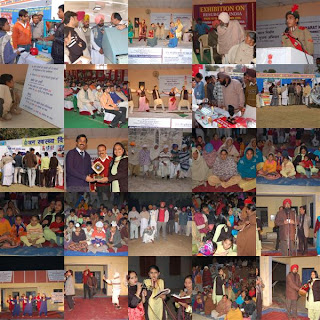 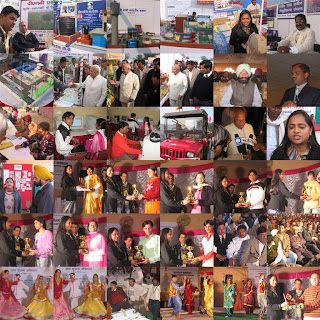 Taekowondo Training for Police and their wards 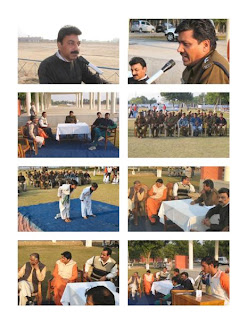 Taekowondo Training for Police and their wards. DSP Shiv Charan Presides Over

A seven day Taekowondo training camp is being held at the Police Lines campus at Barnala Road Sirsa. The Camp was inaugurated by DSP Mr Shiv Charan today in the evening. The camp initially was to inaugurated by the SP Mr. Vikas Arora IPS, but due to his engagements in a meeting of Vayapar Mandal Sirsa he could not preside over the same.

Mr Daleep Jain thanked the DSP for his co-operation. Mr Shivcharan DSP Sirsa said that he shall motivate his staff to get invoved and take the benefit of Taekowondo training. members Mr. Surender Kamboj, Mrs. Krishna Phogat, Mr. Gurjeet Singh Mann etc were present.
Posted by GS Mann at 8:53 PM No comments: 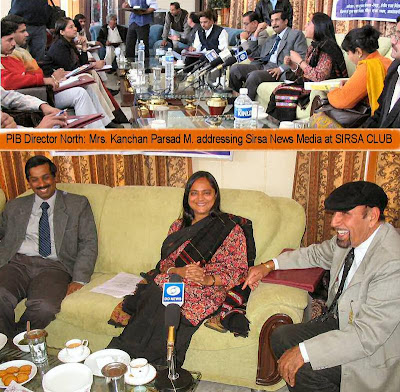 Details pending due to Broadband Outage...... 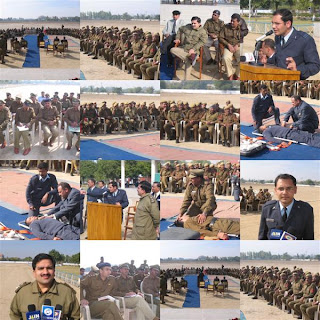 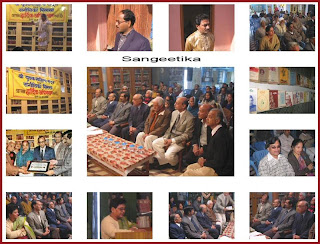 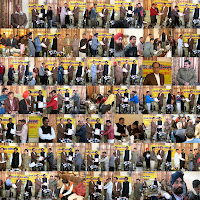 [Click and open this picture for larger view [This collage has 49 pictures] in another window using right click of the mouse, you may need a fast internet connection to view larger format of this picture!] 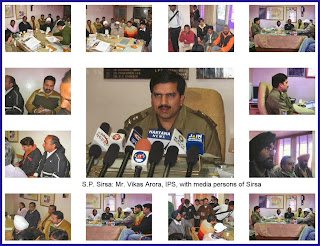 [All Pictures can be mouse clicked to view larger image]
The New Superintendent of Police Mr. Vikas Kumar Arora IPS, met the Print and electronic media in his office at mini-secretariat today. An IPS of 1998 batch, Mr. Arora is also a Computer Sc. Graduate (B.Tech.) from the prestigious IIT New Delhi. The techno savvy SP told the media persons that apart from the usual POLICE duties of maintaining law and order etc. he shall like to introduce some novel plans at Sirsa.
For Saviors of Road Accident Victims
No more than 3 questions shall be posed to anyone who brings in a road accident victim to a hospital. The simple questions shall be
1. Where from you brought the accident victim?
2. What you know about the accident?
3. May I know your particulars please? The last one shall be optional to answer however a cash incentive of Rs500/- shall be given to the savior of road accidents, he shall urge the Doctors to save the life of the accident victim even before informing the Police which is secondary issue.

No. of Traffic Cops Doubled
Number of Traffic constables has been doubled in Sirsa for better enforcement of road rules.
Narcotics
The SP said that while his department shall step up drive against smuggling and sale of Narcotics in the district, but to eradicate this menace, some sort of Holistic approach has to be taken up at social level. There is need for management of withdrawal symptoms, need to set up more de-addiction centers and persons who are consuming narcotics need to be made aware that it is possible to leave the use of such drugs and this won’t affect their work capabilities and life after de-addiction shall be more worthwhile.
Road Engineering
Mr Manoj Verma inspector Traffic Control has been directed to identify and report faulty road engineering, where ever, the same shall be rectified so as to prevent accidents caused by such snags.
First Aid Training Camp
The SP said that upon his request the Sirsa Force Station officials have agreed to put up a First Aid Procedures Demonstration, for the Police at the Parade Ground at Police Lines on Sunday at 11AM. He said that public is also invited to see the demonstration, as correct knowledge of delivering First Aid, can save many a life.

Mr Arora said that as he is from the technical side, so he shall see to it that POLICE force in Sirsa becomes more technology savvy during his tenure. In informal talk after the briefings he said that he shall tone up the Police Force to improve its Public Image, a scheme to reward the honest, hardworking and efficient Police Officials and the Police Stations every month has been started. On the other hand he shall punish the cops found non-diligent to their duties. He discussed the wide spread illegal sale of Oxytocin hormone injections used on milch cattle. He shall look into how to stop its misuse. Sirsa News handed over a document providing many suggestions for Road Safety to the SP. The SP discussed the traffic lights Chowk suggestion for providing slips roads and assured that he shall request the concerned department to look into it. 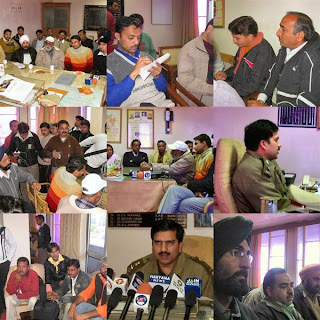 The SP who is well versed in Police Rules as he invariably quoted the Punjab Police Rules said that he does not want to work in haste so as to become a media attraction but shall work for long term and permanent solutions. 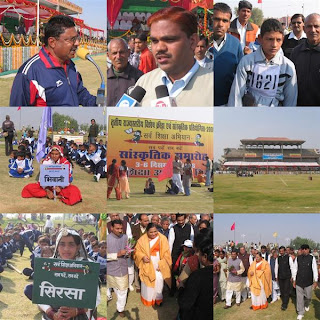 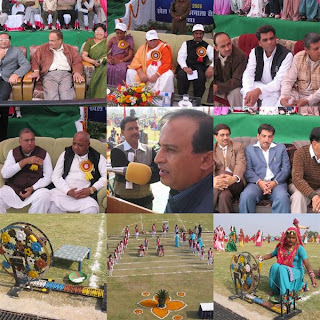 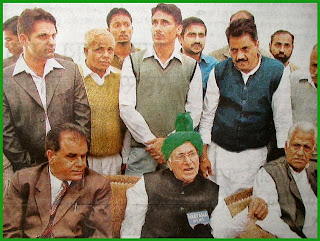