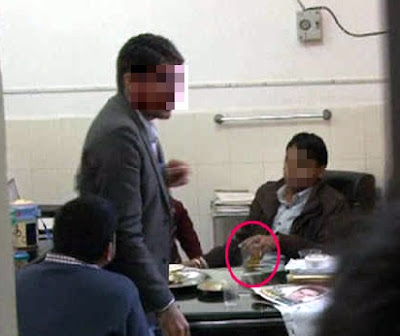 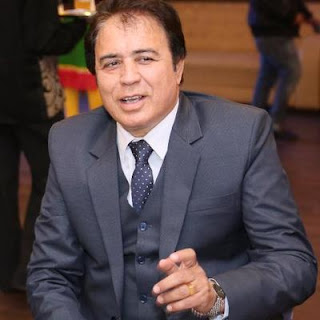 Another important workshop for media will be held on 24th where apart from WIFS, the topic “Rotavirus vaccine and Routine Immunisation” will be discussed in great detail. This important vaccine will also be included in the India's national immunization programme.
Sushil Manav is senior staff correspondent of 'The Tribune' from Fatehabad and Sirsa districts since last several years but he has been assigned several times to report sensitive and important news of areas beyond these two districts.
Mr Manav is the only media person chosen from this region to participate in this important UNICEF workshop, he being a life science graduate with additional education in the fields of Pharmaceuticals, English, Law, Journalism & Mass Communication. He has sound knowledge and understanding of these fields. During previous launch of WIFS which was suspended due to various controversies, Manav had extensively reported the WIFS, and supplemented each story with correct scientific information. Mr Manav is known for his indepth research into every story especially pertaining to the fields of medicine, agriculture, science and law.

Importance of WIFS: India has the largest number of adolescents aged 10-19 years in the world - 253 million out of 1.2 billion. This age group referred as adolescents - comprise one-fifth of India’s population and are key drivers of India’s future economic growth. However, 56 per cent of girls and 30 per cent of boys in the age group of 15-19 years in India suffer from anaemia (NFHS-3). This means that 1 out of 2 young girls and 1 out of 3 young boys are anaemic.  Adolescent marriage and pregnancy is highly prevalent in India, particularly in rural areas. Anaemia has an intergenerational impact on the cycle of poverty. Anaemia during pregnancy increases the risk or mortality and illness for the mother as well as the new born. Children born to anaemic mothers often have low reserves of iron which if remains unchecked have further implications on their growth and development. In response to the problem, the Ministry of Health and Family Welfare, Government of India launched Weekly Iron & Folic Acid Supplementation (WIFS) Programme in 2012 with the aim to reduce the prevalence and severity of nutritional anaemia in adolescent population (10-19 years). The target for WIFS is adolescent girls and boys in government/ government aided/ municipal schools, between classes 6 to 12 and out of school adolescent girls.


Inclusion of media workshop this time by UNICEF is a prudent step to disseminate correct information to the masses effectively.
Posted by GS Mann at 12:01 AM No comments:


If you have a high speed Internet connection, then you may Change Quality to 360p/480p or higher for better quality Video. (From Quality Gear Icon on right hand bottom corner of Video Window)
Posted by GS Mann at 9:41 PM No comments:

New Year to begin with Panchayat Elections in Haryana

New Year to begin with Panchayat Elections
SIRSA NEWS
( www.SirsaNews.com )
16 December, 2015
Pictures and Videos: Amar Singh Jyani, GS Mann,
Below are the contents in verbatim from the Press Release of STATE ELECTION COMMISSION, HARYANA about PANCHAYAT GENERAL ELECTIONS to be held in three phases in January 2016
Panchkula, the 15th December, 2015: Sh. Rajeev Sharma, State Election Commissioner, Haryana stated that in view of the orders dated 22.09.2015 of the Hon’ble Supreme Court of India passed in Writ Petition (Civil) No. 671 of 2015 (Rajbala & Ors. Vs. State of Haryana & Ors.), the State Election Commission, Haryana had put on hold all the activities pursuant to its notification dated 8th September, 2015 and all other notifications/orders issued subsequently in this connection till further orders. It was also ordered that the nomination papers received in respect of Zila Parishads and for the first phase elections of Panches, Sarpanches and member Panchayat Samitis, be kept intact in the office of Returning Officer for Zila Parishad and Panchayat Samiti concerned and in the case of Gram Panchayats nomination papers shall be kept intact in the office of Block Development and Panchayat Officer concerned till further orders.
2.                          Sh. Sharma further stated that now the Hon’ble Supreme Court of India has dismissed the Writ Petition (Civil) No. 671 of 2015 vide order dated 10.12.2015. As such, the State Election Commission, Haryana has today issued the programme for the conduct of 5th Panchayat General Election of Panches, Sarpanches of Gram anchayats (except for Gram Panchayat Chhachhraulli, Radhur, Sadhura of district Yamuna Nagar, Sudhiwas, Tosham of district Bhiwani, Chandu, Budedha, Wazirpur of district Gurgaon, Nissing

3. He further stated that the time schedule for the election of the seats of Panches, Sarpanches and Member Panchayat Samitis shall remain phase wise, so that contesting candidates may avail almost equal time for campaigning. But, in the case of election of the seat of Member Zila Parishad, phase wise time schedule is not possible as the jurisdiction of several wards of Zila Parishads falls within the jurisdiction of two or more than two blocks. As such, the date for the publication of notice, receipt of nomination, scrutiny, symbol allotment etc. for the contesting candidates, contesting the election of the seat of Member Zila Parishad shall remain same as mentioned in the schedule of first phase, but their block wise election shall be held on 10.01.2016, 17.01.2016 and 24.01.2016.

4. The State Election Commissioner, Haryana further added that the blocks to be included in 1st, 2nd and 3rd phase shall be as under:-

5. He further stated that the candidates who have already filed the nominations as per the amendment made by the Govt. vide Notification No. Leg.15/2015 dated 7th September, 2015 need not to file fresh nominations, but have to file a fresh declaration/affidavit in Form 4-B along with required documents before the Returning Officer concerned during the period specified for the same.
6. He further stated that according to the above mentioned programme, the nomination for the seats of Panches, Sarpanches will be received at village Headquarter, Members of Panchayat Samitis shall be received at Block Headquarters and that of Zila Parishads at the District Headquarter. The scrutiny of the nomination papers shall be taken up by the Returning Officers.
7. He further stated that a candidate filing the nomination paper for contesting the election of the seat of Panch/Sarpanch/Member Panchayat Samiti/ Zila Parishad shall have to deposit an amount in Government Treasury or Sub Treasury or with the Returning Officer (Panchayat) in cash, as under, as the case may be:-

8. He further stated that the counting of votes for the Panches and Sarpanches will be taken up on the same day at the polling stations itself, whereas the counting of votes for election to the offices of Members Panchayat Samitis and Zila Parishads would be taken up on 28.01.2016 at the place specified by the concerned District Election Officer (P).

9. He further stated that the expenditure limit of the expenditure to be incurred by a contesting candidate or his authorized election agent has been increased as under:-

10. He further stated that a contesting candidate shall have to maintain account of election expenditure and submit the same within 30 days from the date of declaration of the result to the District Election Officer (Panchayat) or any other officer specified by the Commission, in the manner prescribed by the State Election Commission, failing which the defaulting candidate shall be liable to be disqualified under the Haryana Panchayati Raj

conduct no party or candidate shall indulge in any activity which may cause differences or create mutual hatred or cause tension between different castes and communities, religious or linguistic. There shall be no appeal to caste or communal feelings for securing votes. The right of every individual for peaceful and undisturbed home life shall be respected. All parties and candidates shall avoid scrupulously all activities which are “corrupt practices” and offences under the election law, such as bribing of voters, intimidation of voters, impersonation of voters, canvassing within 100 meters of polling stations, holding public meetings during the 48 hours ending with the hour fixed for the close of the poll and transport and conveyance of voters to and from polling station etc. All the political parties, contesting candidates and Government employees must follow the model code of conduct meticulously to conduct free, fair and peaceful PRI elections in the State. No Officer/Official connected with the election work shall be transferred till the completion of election process besides adhering to other requirements of Model Code of Conduct with the announcement of this schedule for elections, he added.
14. He further stated that the directions are being issued to all the District Election Officers (Panchayat) to give the widest possible publicity to the above programme by munadi in villages, issue of press notes and other handouts and also by inserting paid advertisements in the two local news papers and making publicity through electronic media, so that more and more people may come to cast their vote and elect the members of Panchayati Raj Institutions for strengthening the democracy at grass root level.
15. Paid News: Sh. Sharma informed that State Election Commission is cautious of the role of media in democracy and it’s further strengthening and made a request to the media- print as well as electronic to render their help and co-operation by refraining from allowing any undue publicity to a candidate in lieu of money or any other consideration. He emphasized that the Commission is aware of the menace of paid news and thus solicits the help and co-operation of media which is the best way to tackle it.
16. He further stated that State Election Commission will appoint Election Observers in each district to ensure smooth conduct of elections. The

Observers will be asked to keep a close watch on every stage of electoral process to ensure free and fair elections. The Election Observers have to visit the district assigned at least four times, review necessary arrangements for the conduct of free, fair and peaceful elections, hold meetings with the D.C, R.O, S.S.P, D.S.P & other officers to review law and order situation and keep check on the complaints received by D.C, R.O, S.S.P, D.S.P etc.
17. He further stated that for the purpose of effective monitoring of the election expenditure of the candidates Election Expenditure Observers shall also be appointed in each district. Expenditure Observers shall have to keep close watch on the misuse of money power and suggest remedial action to prevent the evil practice.
18. He further stated that videography of sensitive or hyper sensitive polling stations will be got done, if required.
19. He further stated that the conduct of elections involves elaborate security management. It includes ensuring the security of polling personnel, security at the polling station, security of polling materials and also the overall security of the election process. The Home Department has already been requested to deploy adequate police personnel, so that the General Election of PRIs is conducted in a free, fair, peaceful, transparent and violence free manner.
20. He further stated that complaint cells shall also be established at the office of State Election Commission, Haryana and at District Headquarters to receive day to day complaints regarding elections and their speedy disposal.
21. He further stated that perfect communication plan will be set up at headquarter as well as district level, to enable concurrent intervention and mid course correction on the poll day.
22. He further stated that the instructions have already been issued to the District Election Officers (Panchayats) to establish the sufficient number of polling stations with all basic amenities such as ramps, first aid facility, shelter,


drinking water, toilet etc., so that the electors including senior citizens, women and physically challenged persons may not suffer any inconvenience.
23. He further stated that directions have already been issued to the District Election Officers (Panchayats) not to depute the ROs/AROs/POs/APOs and other Polling Staff at his/her own village or ward. Polling parties be formed randomly, through special application software i.e. first at the time of allotting blocks to the employees actually to be deputed on polling duty and second at the time of sending polling parties to the polling booths allotted to them.


24. Sh. Sharma, State Election Commissioner, Haryana appeals to all the voters to participate to elect the Members of Panchayati Raj Institutions for strengthening the democracy at grass root level.
Posted by GS Mann at 12:05 AM No comments: