[Haryana Media Foundation held a program on the eve of Sirsa Day, Videos and Pictures of the Eve will be posted soon in a separate post.]
About SIRSA on September 1st 2014 (A brief up to date History of Sirsa from Archives of www.SirsaNews.com published earlier here)
SIRSA is a district in the Haryana State of India. Its history dates back to the time of Mahabharata. At one time, the Sarasvati River (now known as Ghagger) flowed in this area. Baba Sarsainath is said to have been the first person to come here to do 'tapp'. 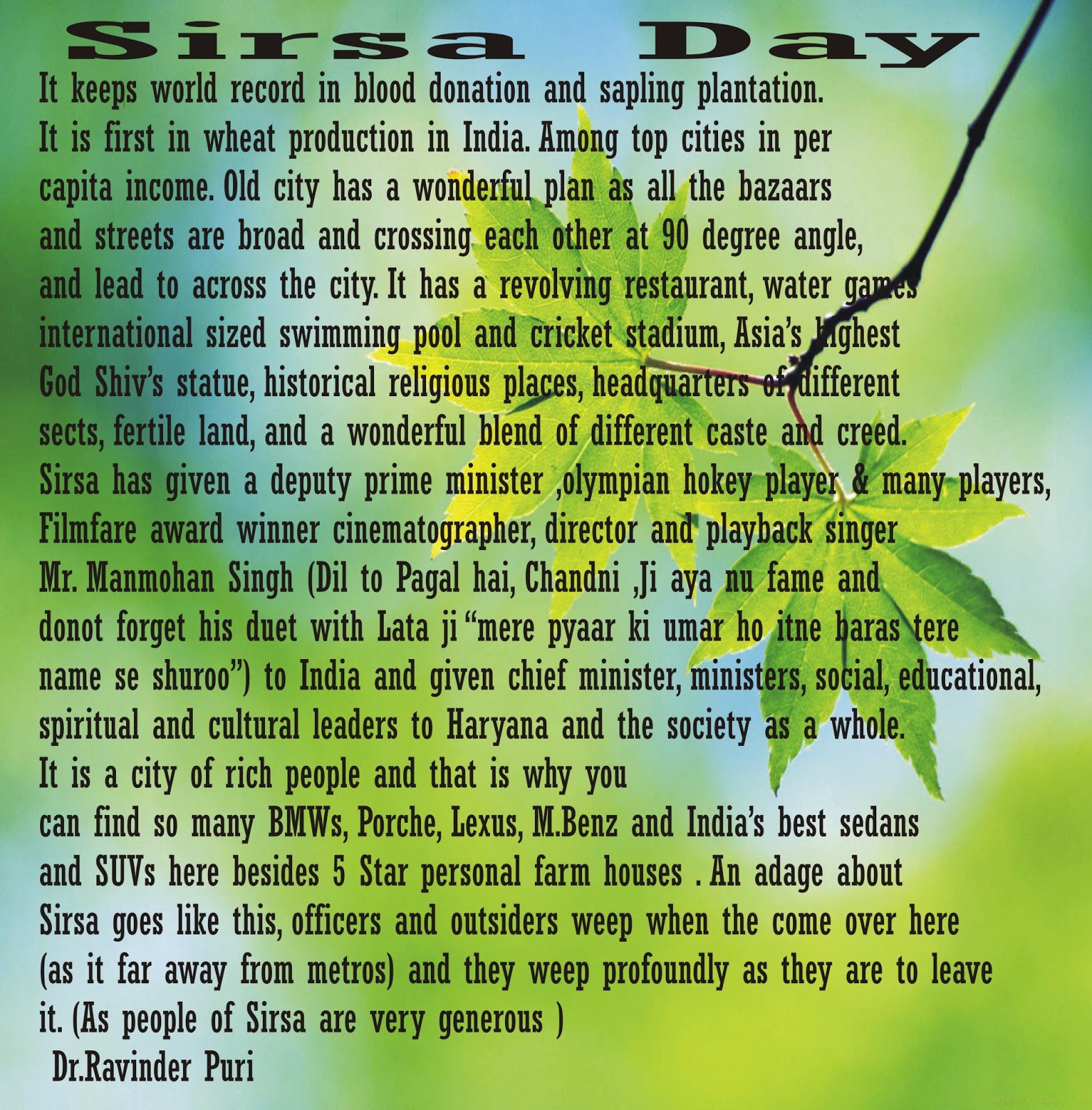 
Compiled and updated by G.S. Mann, Editor: www.sirsanews.com the original article is available on this website also. Errors and omissions if any are regretted.
Disclaimer:


Though every care has been taken into putting the facts in correct light throughout this article, even then some mistakes might have crept in, some facts and matters of importance that should have been mentioned might not be there due to sheer ignorance of these to the writer and not due to any deliberation, inputs from readers are welcome via: sirsanews@gmail.com Errors and omissions if any are regretted.
Posted by GS Mann at 5:44 PM