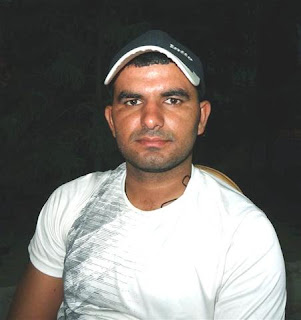 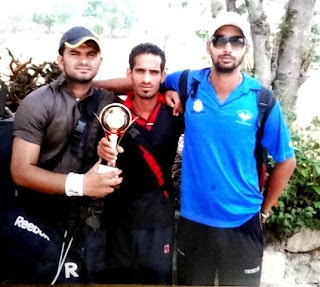 After Films & Music, Sirsa Boys also prove their mettle in Games.
Kamaljeet Singh Proves his mettle in Cricket
SIRSA NEWS ( www.SirsaNews.com )
07 July, 2012
Pictures and Videos: Amar Singh Jyani, GS Mann.
Few days ago a post was dedicated to enlist youth from Sirsa that are making good in Films and the World of Music, Rinku Dhawan was detailed in the post, while others shall be covered soon. After Sardar Singh’s Hockey fame, few youngsters are taking to sports seriously and trying their luck in the Arena, few weeks ago Sirsa News posted about HarshBeniwal and Abhimanyu Khod (Click on Hyperlinked names). Now Kamaljit Singh Dandiwal (Tony) has recently been named a man of the series at recently held All India Cricket Tournament at Dehradoon. Kamaljit who hails from Village Bhinva (Bheema) of Sirsa had his formal education at Village school and later did his graduation and then Post Graduation in Psychology from National College Sirsa. Energetic Tony had always been more into Bhangra and Cricket while at College, but he did not ignore his studies. He also faces resistance from his conservative family while he pursues these activities, but he thanks his Taya ji for encouraging him from time to time. He was much adored as leader of National College Bhangra team that performed umpteen numbers of times at College and Youth Festivals and also at State Functions. His craving for Cricket continued as a hidden passion, he always availed the opportunity of playing where ever he got a chance and at whatever position in any team. This every-ready attitude landed him with better players in Delhi and elsewhere, he played in practice sessions of DD Sports sponsored cricket team in Delhi. Last week he was taken into the ‘National Cricket Tournament’ as batsman paired with Harpreet Chawla, he put in his best effort and was declared man-of the series by striking 58 runs on 17 Bowls and both he and Harpreet Chawla made 88 Runs in 4 Overs. He represented Meerut team in this tournament, for him Cricket is Cricket and what team to play for is no matter for him. His passion is to play for Indian Cricket Team.
SirsaNews shall also post about Youth of Sirsa who have shined in technology and other fields as well, readers are requested to send in details of such youth who are known to them for such accomplishments. One such youth is Dr Anuj Tenani, he is doctor by qualification but is a wizard at most popular Mobile Phone OS- Android OS with several application to his credit. A separate post shall be about him soon.
Posted by GS Mann at 8:24 PM