KISAN Rally at Rania shall be historic-Ranjeet Singh 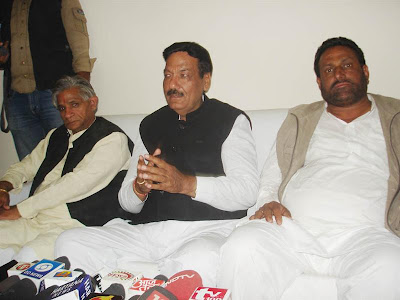 KISAN Rally at Rania on 14th December shall be historic-Ranjeet Singh
SIRSA NEWS
01 December, 2008
All pictures can be clicked to enlarge or right click to open link in new window. Pictures: Amit Soni(09215771825); Videos: Nakul Jasuja Amar Singh
THE HARYANA congress under the aegis of Ranjit Singh, Deputy Chairman of Haryana State Planning Board, would organize a big Kisan Rally at Rania town of the district on December 14. While addressing media persons here today Singh said that the Rally would be presided over by Motilal Vohra, the Treasurer of AICC and In charge Congress for Haryana and Haryana Chief Minister would be the chief guest. He said that besides a large number of Congress leaders viz., KG. Wasan Minister of State Govt. of India, Suresh Reddy, the Speaker of Andhra Pradesh Vidhan Sabha, Rehmaan Khan the Deputy Chairman Rajya Sabha, former Union Minister Karan Singh, Phool Chand Mullana the president of HPCC and Kuldip Sharma the Working president of HPCC and many others would participate in the Rally. He said that it would be biggest rally held in the District so far. The Deputy chairman said that during the present regime all regions of the state witnessed unprecedented progress
and development in every sphere. He claimed that at a cost of Rs. 60 crores the biggest ‘Jheel’ (Artificial Lake) of the country in about 1200 acres would be constructed at Ottu village of the district by taming the Waters of Ghaggar river passing through the district, adding that almost half of its construction has already been completed. He said that the present Govt. gave a grant of Rs. 40 crores to the local Ch.Devilal University which was at verge of complete collapse when Bhupinder Singh assumed power in the state. He said that the work for the construction of long awaited Over bridge on the Raillway track on the Natioanal Highway has already started and would be completed within the stipulated period to facilitate and regulate traffic. He expressed his confidence that the Chief Minister BS. Hooda would declare some more development schemes for the district in his address on December 14th. 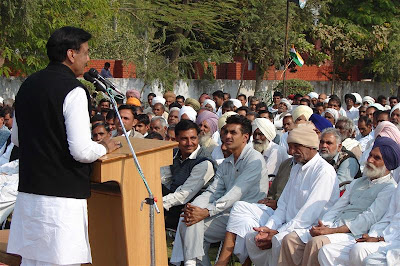