Year 2009 to be Kisan Year- Chief Minister Haryana at Rania 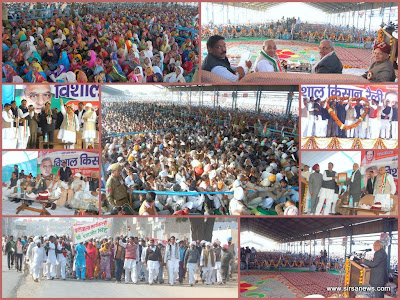 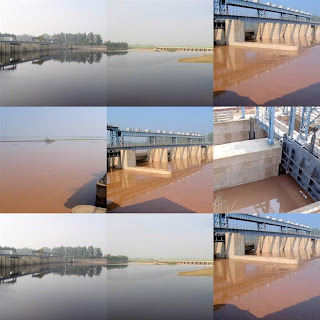 CM Also assured of developing Otto Lake as one of the best at Press Conference Held at the Residence of Ch Ranjit Singh later in the evening. (Ottu Lake File SirsaNews Shot Above) 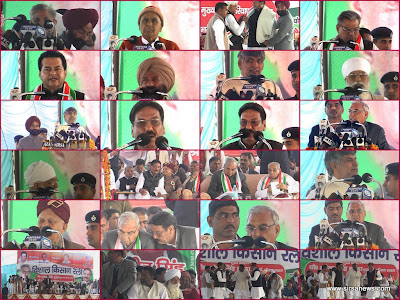 Year 2009 to be Kisan Year- BS Hooda Chief Minister Haryana at Rania
SIRSA NEWS
14 December, 2008
RANIA
All pictures can be clicked to enlarge or right click to open link in new window. Pictures: Amit Soni(09215771825) & GS Mann; Videos: GS Mann and associates.
Click here for Exclusive Videos 1 video posted 2 more pending to be posted soon.
Click here for Full Screen Video of CM Haryana addressing public meeting at Rania
Click Here for Video# 2 Ranjeet Singh and Others Address Rania Rally
For Other Videos Click Here
YEAR 2009 TO BE KISAN & MAZDOOR YEAR- BS HOODA AT RANIA
NONE OF THE PREVIOUS REGIMES EVER MADE EFFORTS TO GENERATE POWER IN THE STATE-BHUPINDER SINGH HOODA.
NONE OF the previous regimes whether of Bhajan Lal or OP. Chautala ever made an endeavor to install any new power plants to generate power in the state which remain deficient in power supply as its demand was always on the increase. This was stated by Haryana Chief Minister Bhupinder Singh while addressing a mammoth Kisan Rally organized by Ranjit Singh, the Deputy Chairman of the Haryana Planning Board at Rania town about 22 KM from here today. He said that it was at his initiative that the construction of 4 new power plants was started which would start power generation by 2010. Making a dig at OP. Chautala the former Haryana chief Minister he claimed that he always cheated the farming community under the pretext of claiming himself as their messiah. He alleged that during Chautala;s rule, worst atrocities were perpetrated upon them and many of them were killed and injured when he ordered firing on them. He claimed that during his own regime he waived off Power Bills worth Rs. 1600 crores due to the farmers of the state. Hooda said that when he assumed power in the state about 4 years ago the Ch. Devilal University Sirsa was at the verge of collapse and none hoped about its viability, but he revived it by arranging a Sum of Rs. 50 crores needed immediately to restore it. He said that during these 4 years of his regime the state witnessed a uniform growth and development in every sphere whether it was Education, or looking after the poorer and down trodden sections of society. The chief Minister said that he started the scheme of giving 100 yard plots to the people living below poverty line which was incur and expenditure of Rs. 2300 crores. He said that to promote education amongst poor and to reduce the number of school dropouts he started a stipend of Rs. 100/- and Rs. 150.00 per month respectively for boys and girls belonging to the poorer sections. He also claimed that it was he who started an equitable distribution of Canal water to the farmers and shattered the monopoly of powerful people who used to usurp others share and farmers at the tail end never got their due share in the previous regime. He also claimed that during the congress rule led by him a royalty of Rs. 15000 per acre per annum for 33 years was declared to the farmers whose lands were acquired. He alleged that the unholy alliance between the INLD and the BJP was to server their own interest and not in the interests of the masses of the state. He expressed his confidence that in the next Parliamentary election the Congress would win all the 10 seats in the state.
In the begining S. MS Khosa and later Mr Virender anchored the stage.
Mr Ranjit Singh asserted and assured the senior Congress leadership that whosoever gets the congress parliamentary ticket from Sirsa shall win the seat at a huge margin of more than 1lac votes. His statement was applauded by the gathering. Later Mr Ranjit Singh gave a framed list of demands of the Rania region to the CM
MOTILAL Vohra the General Secretary of AICC and In charge of Haryana during his address said that the recent Election results clearly demonstrated that the people had deposed faith the policies and programs of the Congress party as it won in 3 of the 5 states. Phool Chand Mullana and Kuldeep Sharma the president and working president respectively of the HPCC during their addresses also claimed that the state was on the road to the progress and soon it would be at number one in all respects. Prominent among others who also addressed were:Chief Parliamentary secretary Ramesh Kaushik, Ranjit Singh, Deputy Chairman of Haryana Planning Board, LD. Arora Haryana Industries Minister, Atma Singh Gill MP, Doora Ram Parliamentary secretary, Bharat Singh Beniwal MLA, HS. Hanspal a former president of Punjab Pradesh Congress Committee and Lal chand Khod ex-MLA.
Report: Dr OP Bansal with inputs from GS Mann
Posted by GS Mann at 3:49 AM