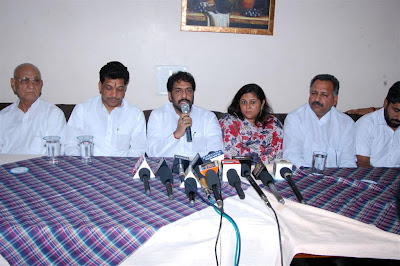 Haryana Police cops will be specially trained to be able to deal with increasing instances of cyber crime in Haryana. Talking about complaint by INLD workers against him Kanda said that High Court had dismissed the plea against him. Justice Ritu Bahri of the and Haryana High Court has dismissed the petition filed against him and his brother, Govind Kanda. The complainants are themselves involved in several cases the minister quipped.

(Info: The petition filed by three Sirsa residents Mahabir Bagri, Pardeep Godara and Yogesh Sharma had sought initiation of criminal proceedings against the two, besides a few police officers, alleging murderous assault on them by the accused. All three are active workers of the Indian National Lok Dal, the Opposition party in Haryana.)

Later in the evening Gopal Kanda was chief guest at the Prize Distribution function of , he was welcomed by Chairman of the School S. Surinder Singh Vaidwala at the school. Photo Below: 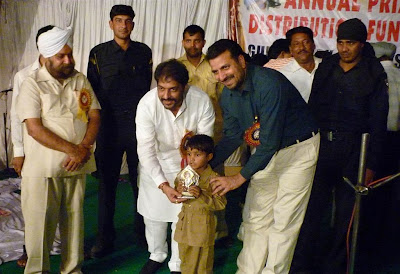