‘The Road Ahead’ - for Aam Admi Party 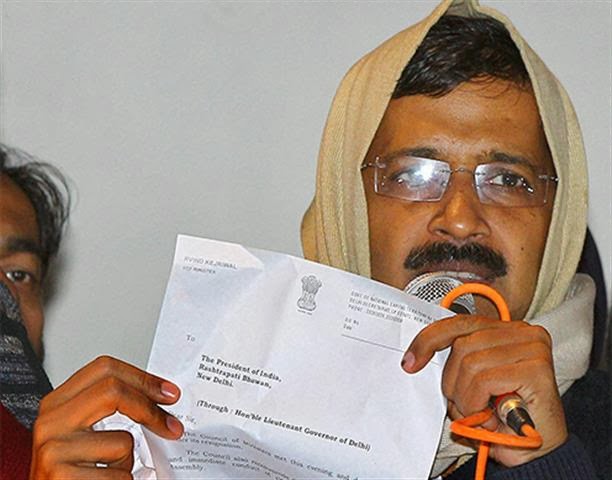 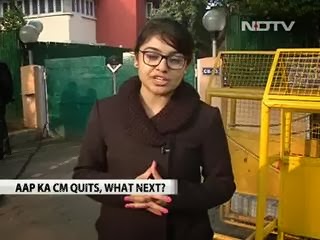 ‘The Road Ahead’ - for Aam Admi Party
SIRSA NEWS ( www.SirsaNews.com )
16 February, 2014
Pictures sourced from the Internet.
Road Ahead for Aam Admi Party – Col RD Singh Retd.
Has Kejriwal done the right thing by resigning? Is it a political move or a step based on AAP principles, and accountability to the Delhi people? Will it help or harm AAP in the Lok Sabha elections? These are the questions everyone is mulling over today.
As an active AAP volunteer, I feel Kejriwal should have continued. It was a choice between the Jan Lokpal Bill, and govt’s output while in the office. I feel, what matters is work done, and seen to be done, than the only issue of the Lokpal. That would have been a point in its favour, during the Lok Sabha campaign, that the Congress and the BJP joined hands to thwart the bill.  AAP govt in Delhi was the anchor for campaigning in the ensuing polls. Today, we have lost that anchor, and will have a tough time explaining to the voters why we quit the govt. The common man on the streets is not as discerning as the educated who know both sides of the story. Even the Binny issue confused the people.  The aam admi mostly looks at the results, what he got. That is my inference from the membership campaign that I have been doing in the villages and the urban areas since 14 December 2013.
Now that the AAP has  taken the step, it is time to make midway corrections and move ahead. This again, I write with my ground experience and full faith in the future of Aam Admi Party. First, it must get the ‘ahankar’ out of all those AAP members who joined the party before 08 December 2013 (Delhi election results).  It is causing heart burns in the new members and thereby creating factions. Be it before or after 08 December, be it rich or poor, young or old, what is important is merit and sincerity of purpose towards the party. As long as a member abides by the five core values of the party (selfless service; honesty and integrity; commitment to Sawaraj’; humility; and team work), he/she should be valued. Second major point of correction is attitude of AAP towards the defence personnel. Life in uniform is no less than life as a member of AAP. Both work selflessly for the nation, with honesty and dedication, as a team. Defence officers have added attributes of leadership, man management, and organizational capabilities.  So, the Aam Admi Party must be seen as pro army, be it in J&K, or any where in the country. Do not forget that there is a strong force of  30 lac veterans who have a vote bank of over a crore. AAP should not lose it by whipping the forces with the same corruption stick. Three, Aam Admi party will do well to take along all classes of people along with it. It has to be conscious of the feelings of the middle class and even the rich. Aam admi does not mean a poor man, it means a good man.
So, as good men and women, wanting to serve the people, Kejriwal should take stock of the situation and move ahead. I am sure, with a revitalized party, we the AAP can give the nation a sustainable alternative to the current breed of politics.
Colonel R D Singh (Retd.)
Note:  The writer, a decorated and well read soldier,  belongs to Vill Pilimandori  and writes regularly for Sirsa News. He is now an active volunteer of AAP, upholding the values of honesty and integrity.
Posted by GS Mann at 8:30 AM