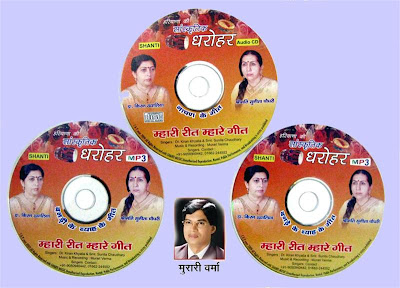 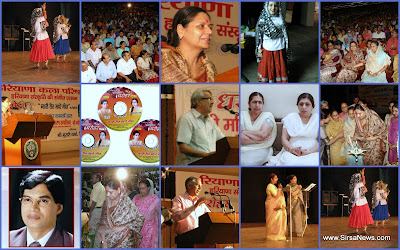 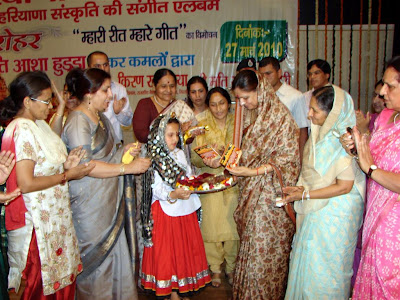 For Full Screen of this and other Videos Visit:
http://www.youtube.com/sirsanews

The CDs have been released under the label of SHANTI Music which is the name of the Late mother of Kiran and Sunita, Smt. Shanti herself was deeply involved in folk music and penned most of the lyrics of these compositions, the claws of death took her away last year and she could not witness the release of work at this event, some of her incomplete work was finished by sister of Mrs. Shanti (Mausi ji of Kiran and Sunita). She was almost in tears while the CDs were being released probably with mixed feelings of happiness and remorse of not having her sister alongside at this release. Ch Umed Singh father of Dr Kiran and Prof Sunita also witnessed the release

Addressing the audience Mrs. Asha Hooda said that she her self is deeply involved with folklore and heritage of Haryana, but lately the kind of music that is being churned out of Music factories and inaptly labeled as Haryanavi Genre` is distasteful and cannot be lent an ear by anyone who is even remotely connected to rich Haryanavi Culture. But this release is a surprise fresh breeze that has been aptly dubbed as ‘Sanskritik Darohar’ of Haryanavi Culture. She urged the singers and the music director that this release should not end up as one release wonder, more such cultural music covering other folklores of Haryana shall be eagerly awaited from the stable of this trio.

Mr. Sanjay Gupta and Mrs. Monika Gupta, Zee News correspondents from Sirsa, had conceptualized the idea of this album. Both were instrumental in clubbing of this trio and coordinated meticulously through out this project that took a little more than seven months to complete were also present and were overlooking the event along with the support of Mr. Bhagirath.

Dr. Yudhbir Singh Khylaia and Dr. Khokhar VC HAU also addressed the audience, Dr Khyalia also introduced blood motivators for this region to Mrs. Asha Hooda and they were honoured on the occasion. Dr Mrs. Khyalia gives credit to her husband and her son who is an advocate at Punjab and Haryana High Court for motivating her and giving her ample support for this production.