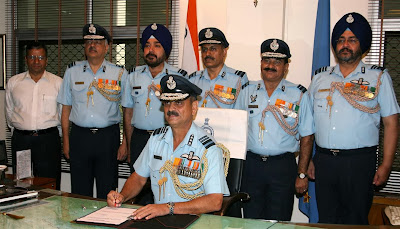 File Photo, Picture Courtesy Press Information Bureau (PIB)
Mr. HP Vaswan, Wing Commander, Public Relations Officer Air Force Station, Sirsa informed media persons that during the visit, Air Marshal SS Soman will inspect the station and also formally induct the state of the art, multi-role Su-30 MKI fighter aircraft. He is scheduled to fly a sortie in the newly inducted aircraft. President AFWWA (R) will review the various welfare ventures in the station. She will also interact with the 'Sanginis' and discuss various aspects.
About The Air Marshal  SS Soman
The Air Marshal is a graduate of the National Defence Academy (NDA) and was commissioned in the fighter stream of Indian Air Force in December 1976. He has served in various command and staff appointments in India. He has also served as Deputy Defence Adviser at High Commission of India at Dhaka, Bangladesh. He was awarded the Vayu Sena Medal (VM) and Ati Vishisht Seva Medal (AVSM) for distinguished service in 1999 & 2009 respectively. 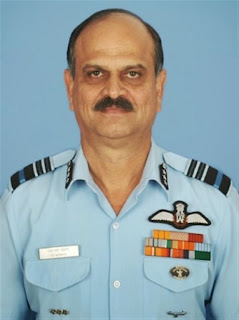 Air Marshal SS Soman took over as Air Officer Commanding-in-Chief Western Air Command. He replaced Air Marshal Arup Raha who has been appointed as the VCAS. His field assignments include CO of a Fighter Squadron, Chief Flying Instructor at the Flying Instructors School, Chief Operations Officer and Air Officer Commanding at premier forward air bases of the IAF. He has served in a number of staff appointments at Air HQ and Command HQ. His senior assignments include Air Defence Commander at HQ WAC and as Senior Air Staff Officer (SASO) at HQ WAC and HQ SWAC, respectively.
Mrs Rashmi Soman  President AFWWA (R)WAC also hails from a defence background. She got married to Air Mshl SS Soman AVSM, VM AOC-in-C Western Air Command (then Fg Offr) in 1980. 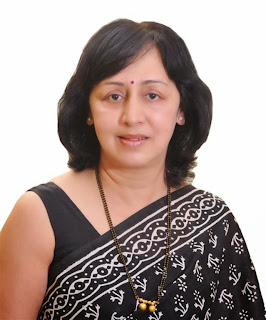 After graduating from Indore University, she did her B.Ed and completed a Diploma in Computer Applications. Mrs Rashmi Soman has several years of teaching experience across various schools at IAF bases. She was the Vice Principal at the India International School for three years. She has also taught English language for a year to a group of International spouses at an US Air Force base. She has worked for more than a decade in the field of Education and Career Counselling, and has travelled extensively to participate in the training workshops.
She has been an active member of AFWWA and its associated activities. She has served as President AFWWA (L) at Pathankot and Vice President AFWWA (R) at HQ WAC and SWAC. Her hobbies include Music, Reading & Yoga. She is also a keen Golfer.
Posted by GS Mann at 8:21 AM